Yoga is done for the peace of mind and to restore the balance in the human body. There are many schools of yoga out there. Kundalini Yoga is one of them. 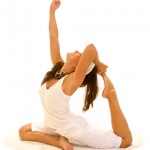 The kundalini yoga which is also known as the laya yoga is based on a method practiced by Sivananda Sarasvati and is influenced by the tantra and shakta schools of Hinduism. It literally means awakening the soul through the kundalini energy which is only achieved by practicing meditation and chanting particular mantras known only to the kundalini yoga disciples. Most yogis call it the yoga of awareness. It has the following aims:

Swami  Nigamanda taught a particular form of laya yoga which then emerged as the kundalini yoga in the year 1935.

There are quite a great number of benefits of practicing this form of yoga. They are as follows:

Difference between kundalini yoga and other forms of yoga

What to expect in a kundalini yoga class?

A kundalini yoga class usually begins with a specific chant which is then followed by a few warm ups to increase the spines flexibility. This is then followed by the kriya which is basically a procedure which includes certain poses which aim to focus on precise areas in the body, like your spine and your lungs etc. The class then ends with meditation and a gong sounded by the teacher. Most people normally wear flowing white robes and head wraps, though it’s not usually necessary to adopt this garb. Kundalini yoga only appeals to those who seek inner strength of mind and body. For those who believe in physicality kundalini yoga holds little charm.