Hatha Yoga also called hatha vidya, is a category of yoga concentrating on physical and mental power building exercises and postures described initially in three texts of Hinduism. With “ha” stands for “sun” and “tha” stands for “moon”. Hatha Yoga is generally interpreted as the yoga that conveys union of “the pairs of opposites.” Now and then Hatha Yoga is also interpreted as the “forceful yoga”, because it involves a lot of physical efforts. Hatha Yoga is undoubtedly the yoga that is the widely known in the West, which is also one of the reasons why so many classifications of Hatha Yoga exist. 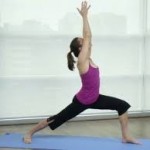 In the Indian ritual, Hatha Yoga is one of the four main practices of Tantra Yoga. Hatha Yoga is initially concentrating on the training of postures (asanas) and breath control (pranayama) to invigorate the subtle channels. Hence one might state Hatha Yoga contemplates on the third and fourth steps of the eight-fold path of Ashtanga Yoga. The intention of Hatha Yoga is evidently to remove the barriers to address the further steps of Dharana (Concentration), Dhyana (Meditation), Pratyahara (sense-withdrawal), and Samadhi (Balance). In various Hatha Yoga schools, these further steps are seen as a part of Hatha Yoga.

Practicing postures or Asanas in Hatha Yoga has two vital objectives. The first is that to exercise any bona fide meditation, one requires at least one posture in which one can be flawlessly comfortable for a longer period. The second objective is to fetch health and energy to body and mind by releasing the nadis (channels). When such practices are regularly executed, the passageway of Hatha yoga is unlock automatically, though one still has to pursue it further. Thus exercising asanas in Hatha Yoga straightly opens the pathway to Dharana and Prathyahara.

The practice of Pranayama in Hatha Yoga is necessary to master ones’ breathing patterns. If one can master in breathing, then the domination of mind is within reach. Through breathing practices the flow of prana or imperative life force through the body is synchronized. That energy is definitely needed on the further phase of Hatha Yoga that eventually lead to samadhi. A unique breathing technique, in which the flow of breath through both nostrils is interchanged, makes balance to the two hemispheres of the brain. Pranayama in Hatha Yoga also triggers the Kundalini Energy.

This practice stimulates development on all levels in youth: psychological, physical, spiritual. It entails a youthful and healthy body. The key intentions are to develop meditation, flexibility and energy flow through the channels.

The goal here is to maintain health and relaxation is very imperative in this practice.

This practice endeavors at perfection in all asanas and the auxiliary development from pranayama exercise for the control of the bandhas and other main instruments of yoga.

This is another practice mostly suited for householder yogis, but with a more spiritual intention.

This exercise aims mostly at increasing Shakti, which means power. It is generally practiced by Sadhus.

Cikitsa implies therapy and this exercise is a healing practice. It is about the repossession balance on the physical, emotional and spiritual heights in order to remove dysfunctions.

So if you were waiting for the perfect time to learn more about Hatha Yoga, the time is now. Enroll now with us and start learning today.