Doing yoga has become common ritual world-wide these days. Ashtanga Yoga is one of the most popular Yoga styles available and practiced with loyalty and dedication. This is a form of yoga that is done in Vinyasa style i.e. Vinyasa is a fast paced style of yoga where movement is synchronized with the breath. 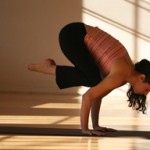 This unique system of yoga was developed in India, and spread across through the western students who came to Mysore to learn this ritual, inspired through a book ‘Yoga Mala’. The book was published in 1958, which contained the thesis of Ashtanga yoga, and its’ wide-spread popularity brought in western students in the year 1971. However, even today, you will be able to see ‘a flock of western birds’ manage their way to Mysore to deepen their level of practice and forms, where Ashtanga yoga is led by its’ developer’s grandson.

Generally, such method stresses on the daily vinyasa routine with the help of ujjayi breathing (a movement through breath that concentrates and directs your practice to gain more focus and power), mula bandha (root lock i.e. the first of the three interior locks), udiyana bandha (abdominal lock i.e. the second of the three interior locks) and dristi (a point of focus where gaze rests during the practice). Mula bandha and udiyana bandha is usually required to control the energy during the practice. 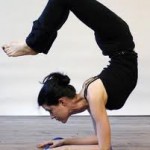 A regular Ashtanga yoga practitioner would enjoy benefits that would put their mind and body to peace, enjoying a happy sense of independence and freedom within themselves as the impact of stress, depression, anxiety is reduced. With its divine ritual practiced, one can see drastic health improvements in joint pain, immune system, digestion, metabolism, hormone production, cardiovascular system and many more. As a regular practitioner of this style of yoga many enjoyed the increase in the ability of coping skills, weight loss and regulation, a greater sense of concentration, clarity and focus. This practice can also help you improve your athletic performance in all activities as well. 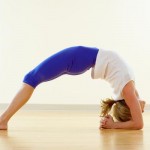 So, the general idea of Ashtanga yoga is that it is a form of practice that is coordinated with a movement of breath. Hence, this ‘breathing movement’ with the postures involved makes it a unique form to practice. Plus, the postures involved have six levels within themselves, where each of them increases with difficulty. However, such form is not a beginner level yoga as it involves many athletic postures. Moreover, it is not advised for people who have some sort of physical injury involved.

You can expect a sense of purity when you are performing this ritual. Athletics are more attracted to this type of yoga to improve their power of strength and flexibility. People performing this have explained its divine purity defining the miracle of feeling active and independent all the time. Plus, this form of yoga is proven for being engaged in a happy and relaxed mood all the time. Such form of yoga is very much widespread and had led to another form popularly known and followed as ‘power yoga’.